Conduct yourselves in a manner worthy…

When anyone speaks of being worthy in any manner, we retreat into our humility and say,

Sometimes I think that is more of an excuse than a reasonable answer. If we focus on our unworthiness than what do we have to be accountable for. After all, we are unworthy. In the biker world, we may not use the word "worthy," but the meaning is the same when we say that each person should live up to the patch that they have on their back. Or to be who they say they are. Being worthy of that patch is the reason that motorcycle clubs set high standards and lengthy times to prove that you are worthy to wear the patch. As Christians we cannot be worthy enough to gain salvation, but once we confess Jesus as Lord and take on the name Christian we are to live up to that name. Paul said it this way in his letter to the Philippians:

"Whatever happens, conduct yourselves in a manner worthy of the gospel of Christ. Then, whether I come and see you or only hear about you in my absence, I will know that you stand firm in the one Spirit, striving together as one for the faith of the gospel." –Philippians 1:27

The parable of the talents in Matthew 25 falls in line with worthy conduct with regards to how we use what God has given us to use in our service to Him. The Master gives different amounts to each servant and then leaves them to use what he gave them. The foolish one hides what he is given so that none will be lost or stolen and he will be able to give back what he received. The wise servant invest what he has been given and is able to give back with increase to the Master. One's conduct with what he was given was worthy of the investment and the other was not. 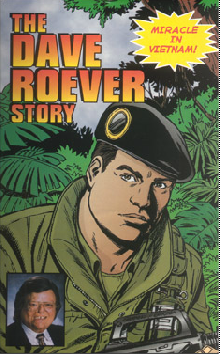 Dave Roever is a minister and a Vietnam survivor with an awesome testimony. Eight months into his tour of duty in Vietnam, Dave was burned beyond recognition when a phosphorous grenade he was poised to throw exploded in his hand. The ordeal left him hospitalized for fourteen months, where he underwent numerous major surgeries. His survival and life are miraculous. While in the burn ward he gave himself the nickname "Well Done" and said that was so when he stands before the Lord he will hear, "Well Done, my good and faithful servant."

There is more to it than a nickname. We as ministers should work toward the goal of having the Lord say to each of us, "well done!" Only the wise servant who was able to return to the Master an increase on His investment was told, "Well done my good and faithful servant." Dave will hear this, but not because of a nickname, but because he has taken what God gave him… even his injuries, and returned many who have been saved through his ministry.

The questions we must ask ourselves is, "Have I conducted myself in a manner worthy of the gospel of Christ?" and "Has my use of what God has given me been worthy or His saying, 'Well done my good and faithful servant.'"

Our ministry within the biker and motorcyclists communities requires that we conduct ourselves appropriately. This is not a time to see how close to the line we can ride with our conduct. This is one of the reasons we have such strong criteria for membership. We do not argue about our requirement that you be drug, alcohol, and tobacco free. This is about conducting yourselves in a manner worthy of the gospel of Christ. It is not so much about whether something is sin as much as it is what the perception is for those who are not Christian within the biker and motorcyclists community. Our conduct is more about living in such a way as to point people to Christ and not being a stumbling block to those who are on their way to Christ.

Conduct yourselves in a manner worthy of the gospel of Christ.

You have Successfully Subscribed! 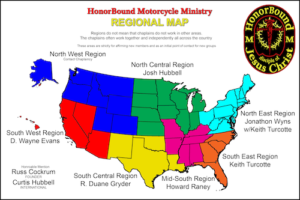 To be announced when the information is ready.